After I was baptised in the Holy Spirit in 1987 I was changed forever and there was no stopping me. I knew in my Spirit that God had a calling on my life to evangelise others. The Lord had shown me through a dream that my mission was to ‘increase heaven and decrease hell’.

My husband Freddy was a professing atheist, and although he never stopped me in my heavenly calling he often ridiculed and made fun of what I believed in. At times things were very difficult for me because he didn’t want to talk about God, or the things I did in the Lord at all, which really made communication between us difficult. Many times I would despair even to the point of wanting to press the escape button! In these dark
days I would remember and ponder on our wedding vows which we had made before God.
When anyone asked me about his salvation I would always answer in a positive way by telling them that my husband was a ‘testimony in the making’. At the time, however, the nearest he got to Christianity was professing to be a “man of the cloth”, because he sold fabric on the market! My prayers and the prayers of many were offered up for my husband’s conversion but he wouldn’t budge an inch when it came to acknowledging Jesus as Lord. Over the many years I held on to the scripture that
speaks about the whole of your household being saved…. But would often ask “when Lord?” especially when I saw the husbands of my Christian friends coming to know the Lord.

Other nonbelievers were no challenge to me when it came to speaking to them about the baptism of the Holy Spirit because I lived with a man who was the ‘hardest sell’ when it came to evangelisation that I have ever come across! I remember one couple that I stayed with during a weekend away speaking and ministering, the wife apologised for her husband because although he was bought up a Catholic, he was now a non-believer (I felt quite at home). I prayed with him, he gave his heart to Jesus and returned back to the Church. Although I was so pleased for them again my question was ‘What about Freddy, Lord, when will he be converted.’

Three years ago Freddy had an accident; he fell off a ladder and banged his head as he pruned an apple tree. This in turn bought on memory problems and he was diagnosed with dementia. It stopped me in my tracks because as a Christian speaker my work took me away sometimes for weeks at a time. It got to the stage where I wasn’t able to leave him on his own overnight and I became his carer. I started to feel resentful and trapped as the communication between us dwindled. In the midst of all the despair, I tried to keep my eyes fixed on Jesus and to “live out of heaven”. I would
repeat to myself ‘I walk by faith and not by sight’ but there were days when I was sinking fast and Freddy was sinking faster than me.
2
The Lord gives me a gift of Godly dreams and visions, and one night he spoke these words in my dream. ‘Bring your marriage into your ministry and your ministry into your marriage’. I answered ‘How can I do that Lord, for Freddy doesn’t want to know’. Little did I realise that the Lord was about to answer my many prayers.

On the morning of the 22 March 2011 Freddy woke up and told me about the dream he had experienced. He explained that he was transported back in time to the age of 11. He stood looking at his parents. First he looked at his mum who was a good woman (she was a Sunday school teacher) then he looked at his dad who was also a good man but he was an atheist. He told me that he had made a decision in the dream that he didn’t want to be like his dad any longer and he wanted to be like his mum, he asked me if I could help him. The Lord had converted him in a dream.

My old man dreamed a dream! He came into the Joel/Acts 2 prophecy of verse 17″ `In the last days God says, I will pour out my Spirit on all people. Your sons and daughters will prophesy, your young men will see visions, your old men will dream dreams. I asked him to come with me to Mass and he agreed. He met my parish priest and he welcomed him with open arms, and he started to receive instruction in the Catholic faith. Although it was difficult to explain things like the Eucharist, Confession and other basic Catholic beliefs in ways that he could understand, the Holy Spirit was at
work deep within him. One weekend when I was the Eucharistic minister he came forward for a blessing at communion time and whispered ‘I’m hungry’.

Over the following weeks, I noticed the way the Lord was changing Freddy – his speech, his relationships, his actions, a great softening came over him. God has given him a lovely gift of patience. If you are praying for a loved one, don’t give up. God can change our loved ones in what looks like the twinkling of an eye. The truth is, God is at work deep within the heart of each person, in ways that we cannot perceive. When the time is right, he lets us know his plan – but it is always his plan, not ours. Our part is to pray, and never give up, as it says in Joel 2v17 ‘Cry out night and day for your
loved ones’ because what you can see with your human eyes is only part of the whole picture. God wills that all will be saved and come to the knowledge of the truth. (1Timothy 2:4)
My husband was received into the Catholic Church on 24th January 2012. As we discussed his first confession he told me he had no sins, I soon put him right on that score! Now when I’m speaking he comes with me, and he loves it. Wherever I go he is a wonderful witness, because over the years when I’ve been speaking I’ve spoken about him and the struggle I’ve had, so people are amazed to meet him and see the transformation. It truly is a miracle. He is such a witness to those who knew him before he received the Lord.

Because of his memory problems I never know what he is going to say to people. On one occasion we were at a big house church meeting and someone asked him ‘Is this your church?’ and he answered, “No, we belong to a proper church!” I made a quick exit!
I’m amazed at the way that the Lord is using him to prophesy over people (although he doesn’t know he’s doing it). I stand in awe of Gods ways, he is a God of miracles and nothing is impossible for him. I’m still his carer, and he is still hard work at times but the rewards of his faith make it all worthwhile. ‘Life isn’t about waiting for the storm to pass; it’s about learning to dance in the rain.’

We don’t understand for Gods ways are not are ways, but I know one thing for sure ‘circumstances don’t alter the calling God has on your life’ for he can and will change obstacles into opportunities. When we find ourselves in impossible circumstances in our life, that’s when God works his miracles, beyond our wildest dreams. I thank God that he fulfilled his promise that our old men would dream dreams (Joel 2). As for me,
I have begun to see the power of husband and wife coming as one in the Lord. As we pray together there is a greater anointing as I bring the ministry into my marriage and my marriage into my ministry- just like my dream told me to do. 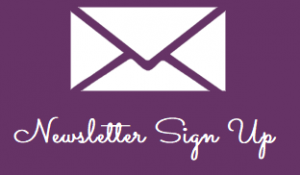 Keep me safe, my God, for in you I take refuge.
Psalm 16:1
DailyVerses.net